Results so far for 'Predict that deficiency' game

Last night, I posted two more predictions in this slightly obnoxious game where I try to predict MIME rendering deficiencies, post the predictions, then test to see if I am right.  The results for the two predictions were that I got one right and one wrong.  If I go back to my first prediction and break it into two, one for tabbed tables and one for sections, my score so far is two right and two wrong.  While that might seem like a tie, remember what I am doing.  I am trying to predict glaring weaknesses in a product which has sold 145 million seats, and half my guessed weaknesses have been shown to exist in the latest shipping version of the product.  That is appalling to me.  Getting one out of ten right would seem appalling to me, but two out of four?  I completely understand that there are various competing development demands on IBM's time, and am truly pleased and impressed with xPages and DAOS and the lot, but I think the time has come for IBM customers to demand better from core functionality such as mail.  (Voting for this idea might be a start)
Anyway, here are the before and after images:
Sections with white on dark lettering in Notes 8.5 client (predicted to FAIL when shown in iNotes) 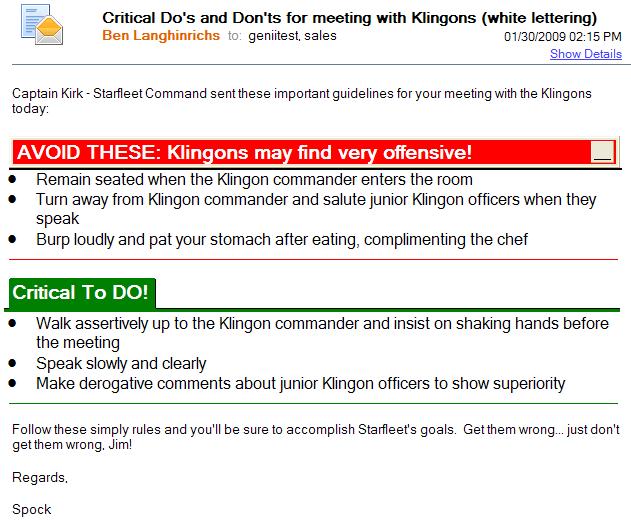 File attachment in Notes 8.5 client (predicted to FAIL when shown in iNotes)

File attachment in Domino 8.5 iNotes web client (DOES NOT FAIL) 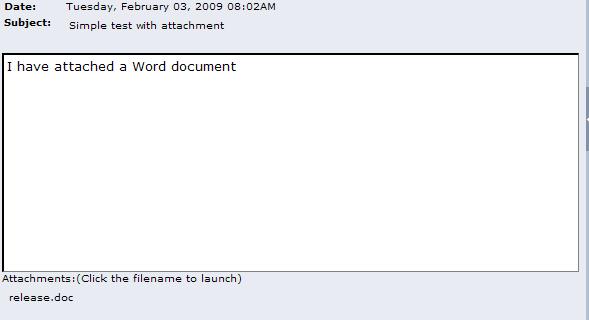