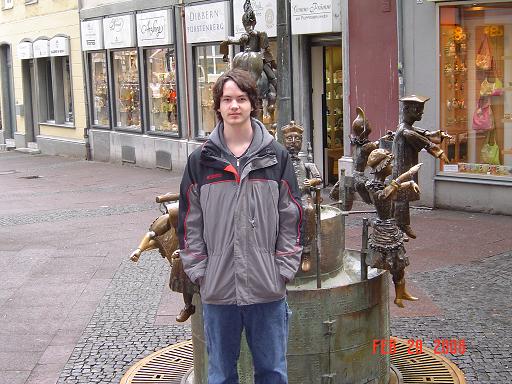 I spent the last week in Germany, speaking at the EntwicklerCamp and then touring Cologne and Aachen and other places with Jens-B. Augustiny and my son, who is a senior in high school this year.  We had a great time and saw many cool things, but I haven't gotten around to blogging.  Fortunately, I have a bunch of cool stuff I have been working on, so I hope to have some technical articles up later this week and early next week.  It has been kind of nice taking a break though.

And, of course, I am going to vote today, as I live in Ohio.  It is my son's first time to vote as well, as he will be 18 before the general election.  Very exciting, and the polling place across the street has been packed since 6:30am.  I predict a heavy turnout, even though we are having a bit of an ice storm.