One question which I have gotten repeatedly since I started discussing rendering issues in my various recent posts is whether CoexLinks only deals with outbound rendering (Notes rich text to MIME), or whether it also helps with inbound rendering (MIME to Notes rich text).  The answer I tend to give is "It could, but I don't know whether it is worth it."  I thought that rather than answer everybody who asks individually, I'd throw the question out to the huddled masses, yearning to read clear messages...
Given the enhancements to inbound email rendering in Notes mail, is there still a compelling reason/need to render MIME into rich text?  Please note the wording I chose, because the Notes mail system DOES NOT render MIME to rich text in Notes 8/8.5.  Instead, it displays MIME using an Internet Explorer embedded component.  While that may see to be a trivial distinction, anyone who has tried to edit a heavily MIME formatted e-mail message, or forward it or reply to it, will have discovered the difference.  For example, I get an email newsletter from my local grocery store that lists (presumably) yummy treats I may be enticed to buy.  Look at the two images below.  The first is rendered by the IE component in the Notes 8 mail.  The second is rendered in rich text after the MIME conversion.  I trust I don't have to point out the differences.
But the question remains: is this a deficiency worth fixing?  Are people worried about responding to or forwarding formatted e-mails and looking stupid, or is that such a small issue that the annoyance factor of installing a client software component for CoexLinks would not be worth it?  Any thoughts?
MIME email rendered by Notes mail IE component 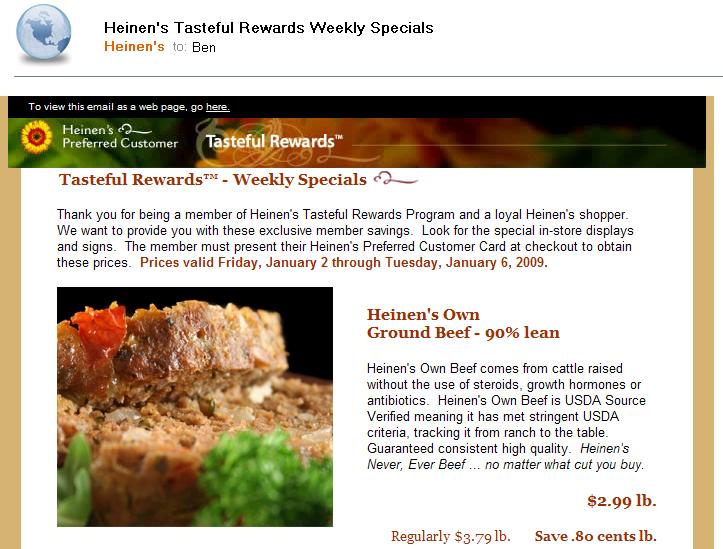 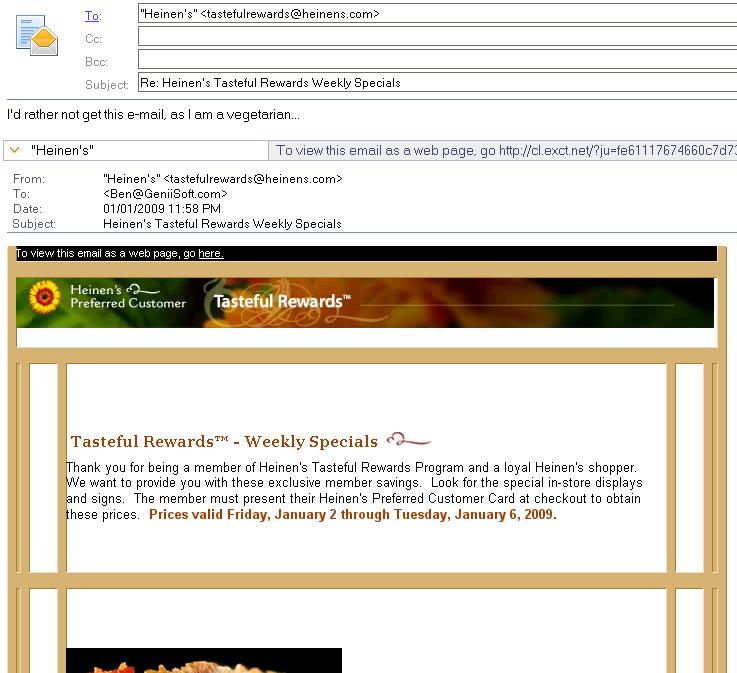 Forward concerns me far more than reply. The act of forwarding is inherently equivalent to saying "Hey! Look at this!".