In my previous posts in this series, Look out the window rather than into a mirror and You should have learned it in preschool, I pointed out that when thinking about a social business, you need to remember that others are not just like you, and that not all attempts at social business will succeed.  In this post, I'll expand on that.
One of the reasons that becoming a social business is so difficult for a big company like IBM, as much as it believes and wants to take that route, is that being a social business entails a lot of risk. Encouraging your people to blog and tweet and respond in real-time means losing most of your control over what they say. How many times has Steve Mills be derided for referring to Lotus Notes as a "legacy" application? Letting your executives and product managers and developers out there into the wild means owning what they all say.
Even worse than the risk is the lack of immediate, measurable benefits. No matter how they try, your bean counters won't be able to measure the force of having Ed Brill work so well with the public. To take a non-IBM example, many businesses have taken to establishing Twitter account, not for the purpose of spewing propaganda, but for the purpose of taking complaints, publicly. SouthWest Airlines, for example, has a Twitter account at http://twitter.com/SouthWest.  A moment ago, I did a screen shot of the past few tweets mentioning that account. That first tweet shows the possible benefit to the social business, with a public, unsolicited compliment. The second is a minor complaint. The third and fifth are awareness-raising without any real positive or negative spin, and the fourth is a flat out, "You Suck!" complaint aired publicly. 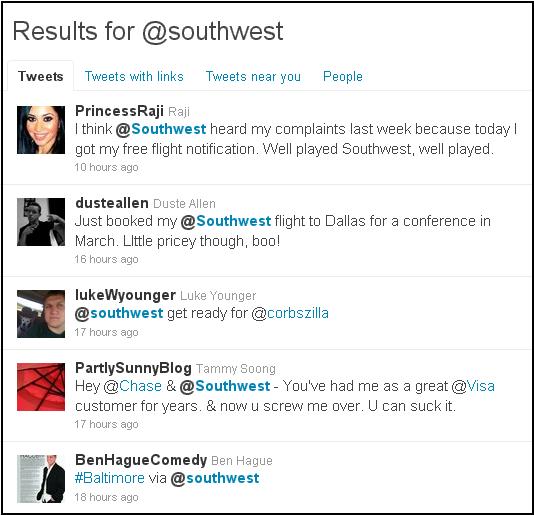 The leap of faith is that being out there will benefit you more than not being out there. I have run a social business for years. I do almost no advertising, and never have, with all my business coming from word of mouth, plus relentless marketing and improvements.
Are the risks worth the benefit? Yes. IBM knows it, and is willing to take the risks along with the leap. Are you?

I think the leap of faith is simply that your product and service is good enough to sustain a public presence. If it's good you have very little to be afraid of. Yes, you will always get one or two trolls but if the company / service is good the positive will far outweigh them.

Having a public social presence means standing behind your company and aiming to put the customer first. Now do all companies realise that when they create their twitter accounts, obviously not. Do IBM realise that? Yes they do but IBMs customers aren't on twitter. After all I'm sure if the CIO of a major bank is annoyed at IBM, he's unlikely to tweet it.

What IBM is aiming for is pure marketing / PR driven by them - I doubt it has any more priority than "we talk about social so we have to have a presence but we don't care what that is".