Tom Duff tweeted the following today. I had no idea, but it is exciting/scary/disturbing to think that my software has been running continuously in that application since Bill Clinton was in office, before hanging chads and 9/11 and so many things. 15 years. The sad thing is, Hard Copy Reporter was an abject failure in business terms. Technically, it worked well, but we were far out of our league selling reporting software. Of course, the Midas LSX itself is still selling well, but many, many, many versions have been released since then. Anyway, I just had to share.
Thanks for sharing, Tom. 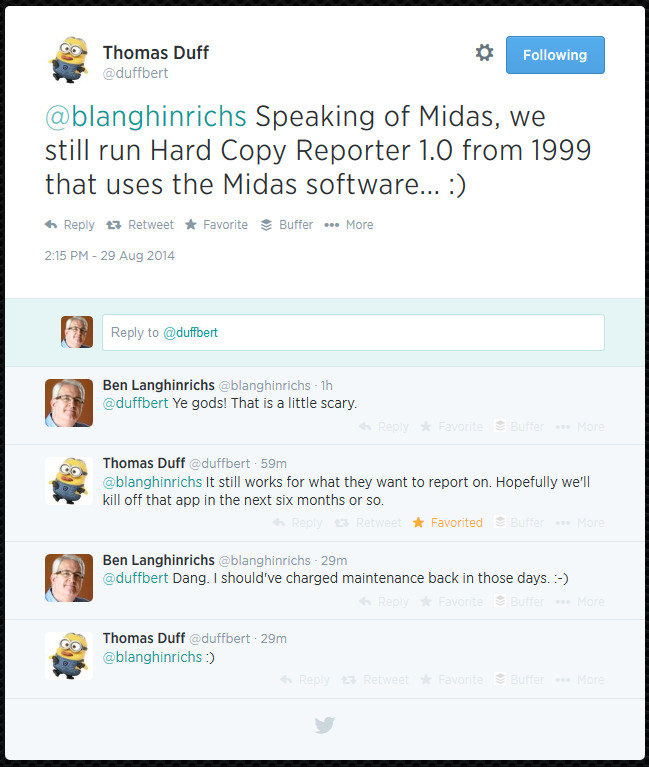