If it isn't preserved, it is lost

I am working with a Notes/Domino customer with a large quantity of email in Notes databases they wanted archived outside of Notes, and they are considering  CoexLinks Migrate. At first, they seemed dubious about the importance of how well email renders (a topic as exciting as mixing cement), but one of the people in the meeting had come across a blog post I made about forms that had been mailed where data disappeared when rendered. Disappearing data caught the attention of the lead person, who asked that I demonstrate. The only problem is, the customer is still not sure whether they want the email archived as EML or HTML, possibly both.
The scenario is quite simple and happens all the time. A user is looking at a form, and forwards it to somebody else with a question or request for action. Since Notes rich text forwards well, they think nothing of it, and the content shows just as it did in the database. But when it leaves Notes, whether right then as an email or later when archived to another format, more than the appearance is lost.
I can't share customer data, so I used a simple example from a Notes database I use to track orders and maintenance. It has some common form elements, nothing fancy. Note that this same engine with some variants is used for CoexLinks Fidelity, CoexLinks Journal and CoexLinks Migrate, and a similar engine is used for application data with AppsFidelity.
As I mentioned before, the compelling part of this is not just what is preserved, but that it may be your last chance to preserve it. The customer never wants to deal with the Notes databases again, so this is a last chance to get the data out. It better all be there, or it is effectively lost.
What may be lost when archiving/emailing outside of Domino without CoexLinks 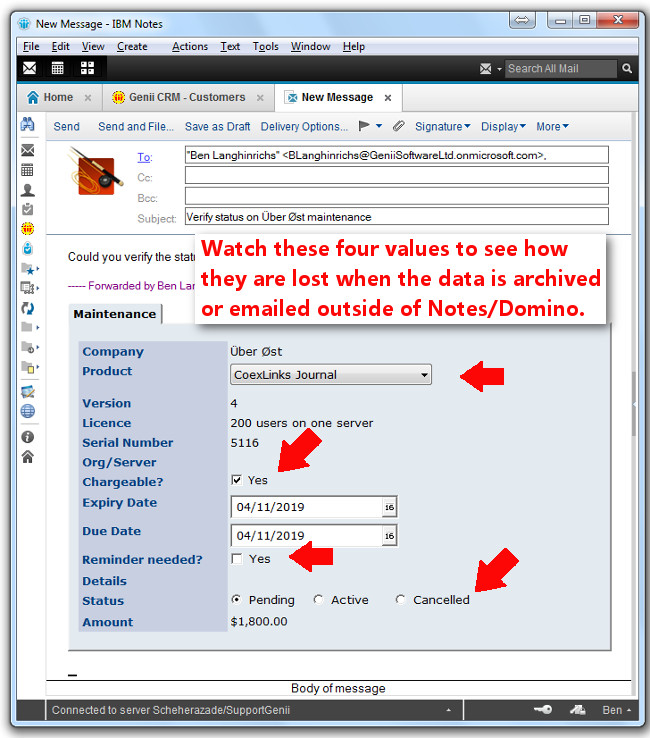 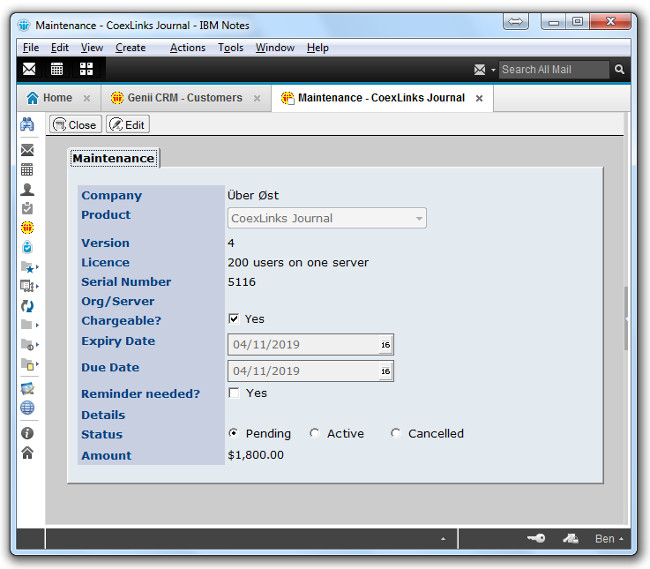 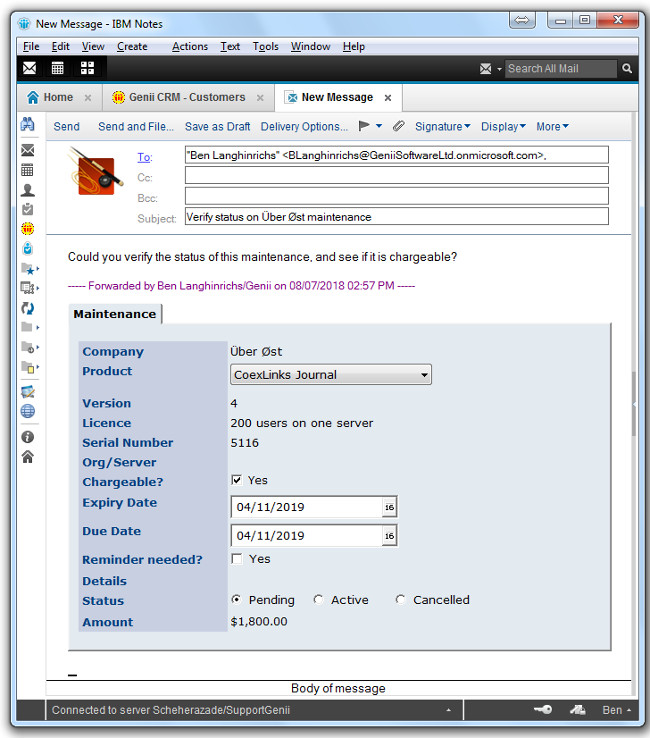 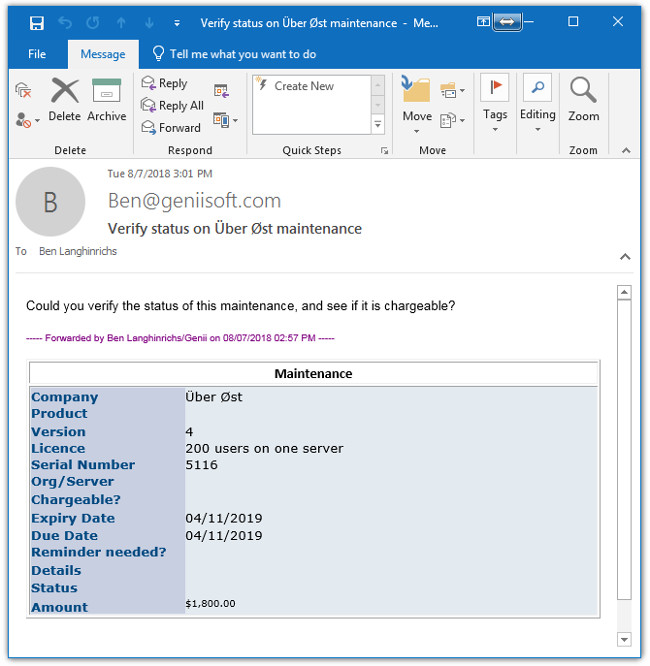 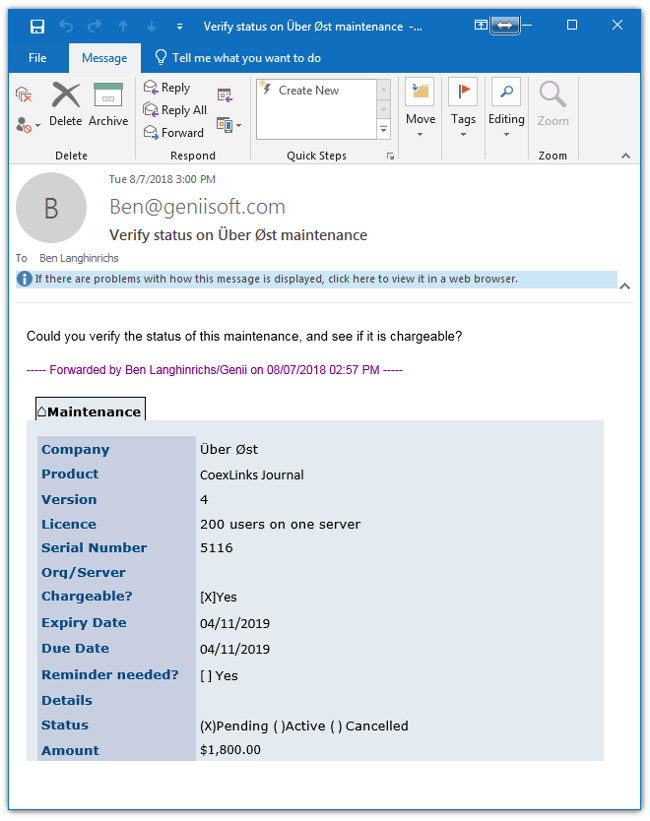 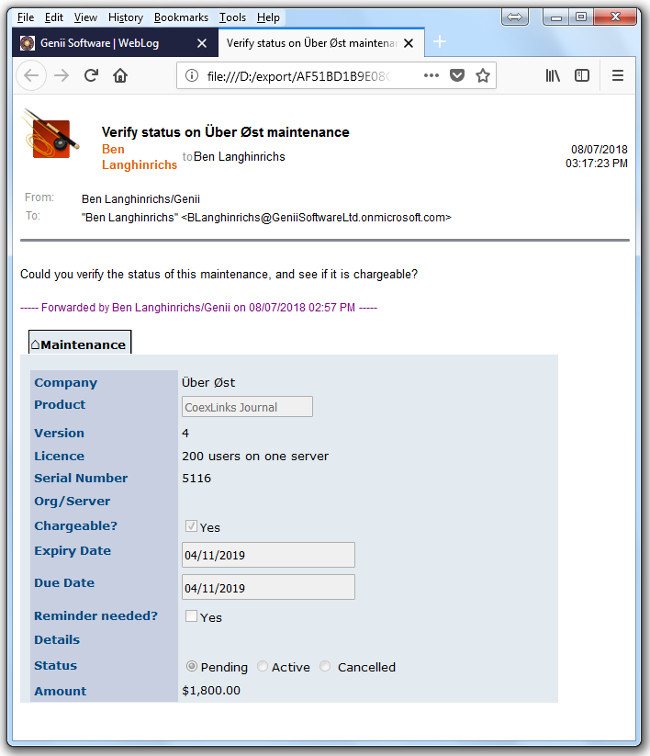 Fill out a CoexLinks Migrate evaluation request and try for yourself,
6) The email as it arrived in Outlook 365 using Domino email (data+looks lost) 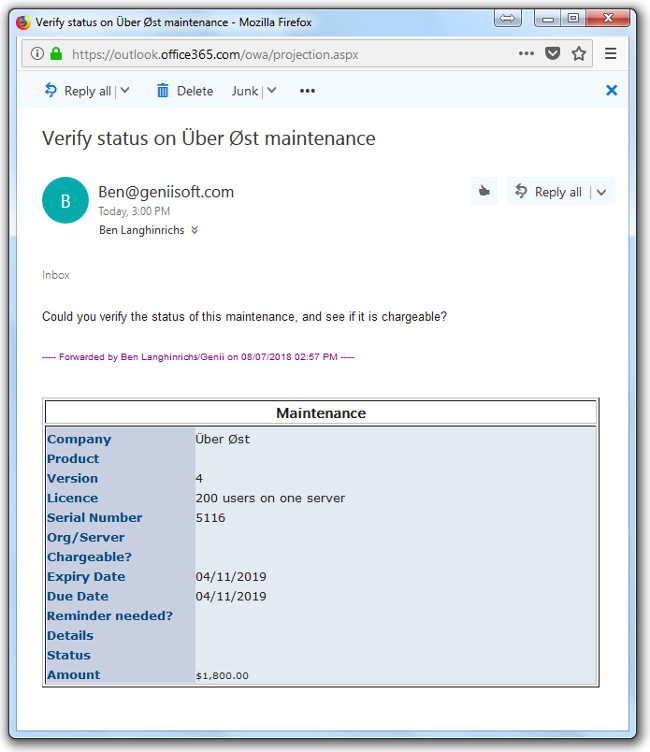 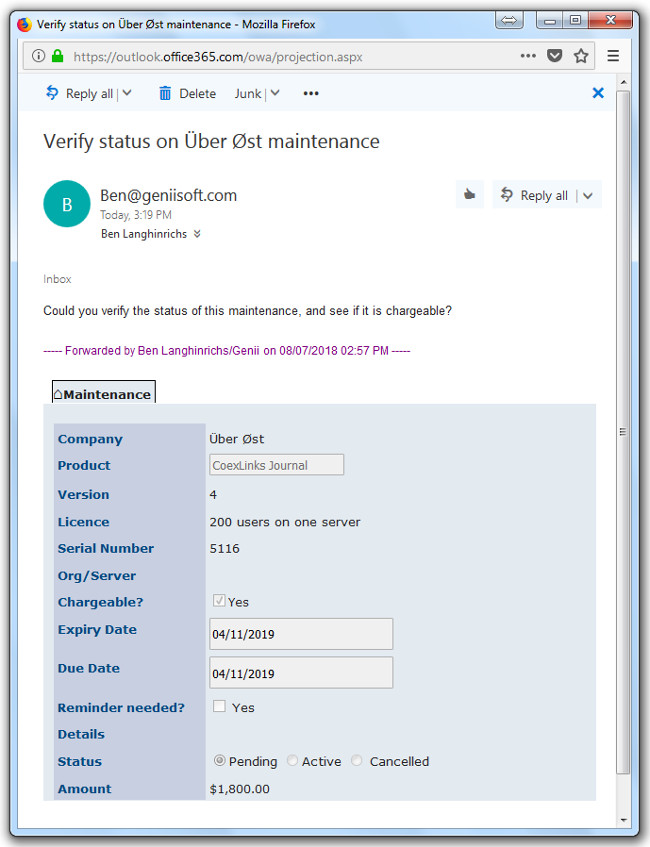 Fill out a CoexLinks Fidelity evaluation request and try for yourself,