Some people grow up wrapped in the arms of loving parents and moral rectitude, focused on God and country, in that order.  Not me.  I grew up thinking the seven deadly sins were my to-do list, focused only on wine, women and song, not necessarily in that order.  For that, I count myself luckier than a sharp eyed midget at a miniskirt convention.  The closest I ever came to religion was when Sister Maria Bonita at the local convent went stir crazy and gave up her habit for Lent, running down the street past our school and exposing us all to her Holy Mysteries.
Bearing that in mind (with Sister Maria still bare in my mind as well), I was sitting in my office ignoring how my Sametime client kept chirping like a demented parakeet about some "unfinished project" my boss had discovered.  I had just about decided to slip down to the Rusty Spigot for a well deserved nip when into my office walked a blonde bombshell with a red fox stole and an attitude to match.  Her lip curled into a sneer as she looked around the cluttered office, and she ignored my hurried attempt to clear off a chair, lit a cigarette and stood there waiting for me to settle down.
"Monica", she said curtly, saying it as if it was all that mattered and explained everything.  I had enough scars from past encounters with Crystal to clam up and wait for more.  Even in that one word, I detected more Bellucci than Lewinski.
"I have an employee, Bruce, who is working on a Redbooks residency."  She didn't say it like she was proud or pleased, but more the way you let the drycleaner know that Uncle Marvin spilled barbecue sauce on your best tie after downing a few too many.  A fact of life, but not one of the entertaining ones.  "He is working with this damn wiki, and it is just too hard."
Looking at her long legs and ruby lips, I completely understood dealing with a hard wiki, and wished fervently I would have a chance to put it all in... perspective.
"I was hoping that your software might be able to help.  If Bruce could just work with rich text in Notes and have your software convert it to wiki syntax, I would have time for dealing with other, more important, issues."   She put down a screen print of a web page and the wiki syntax that was used.  I winced, but there was a slight glint in her eye that led me to think I might just have a chance with her, and a slight chance with her was better than a sure thing with Tiffany at the Rusty Spigot, and that is said by a guy who's none too particular.  The question was, did I have an answer for her?  I took a look at the samples she had and winced again.
1) Sample of Wiki markup 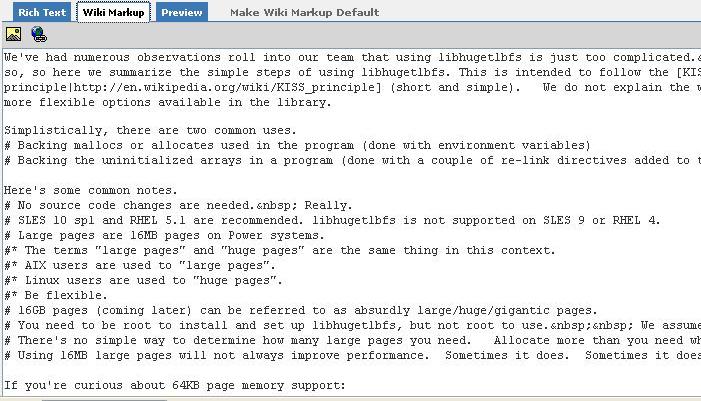 2) Sample of Wiki rendered from that markup 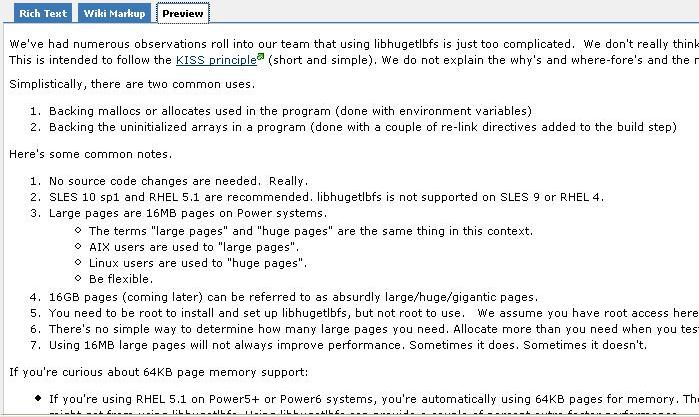 Luckily, I work for a guy who works a lot harder than I do, so I smiled and told her to hand over the wiki guide and come back at the end of the day.  I set up a quick Midas Rich Text LSX demo, used a couple of regular expressions and some basic paragraph manipulation and voila, bingo, I had a rich text to wiki conversion.
3) Sample of rich text created manually (I simplified a bit) 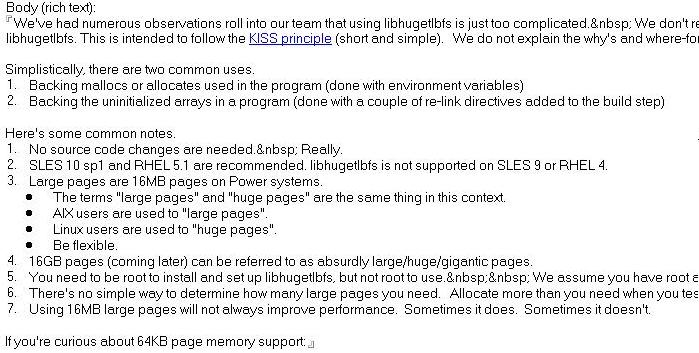 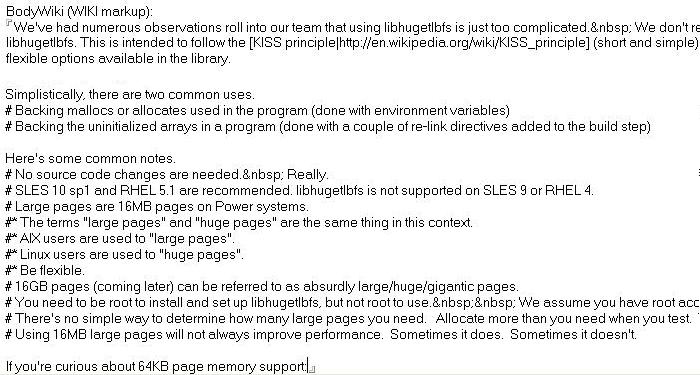 Having a few wiki thoughts of my own about how grateful Monica might be, I used Midas to whip together a matching wiki syntax to rich text agent, just to hedge my bets.  Glancing at my watch, I realized I just might have time to hit the Rusty Spigot after all, to lubricate my courage a bit before Monica returned.  I turned off the damned parakeet and headed out the door.

Nice work Mike. I was wondering when we'd hear from you again.

"dealing with a hard wiki" - priceless.

I wish all Redbooks and developerWorks tutorials are written this way.

And I just rolled out my first wiki at work today... Must start hounding them about budget to add Midas to our mix.