You might want to change your Outlook: Shifty images

The third in a series showing that Outlook doesn't do a very good job of rendering emails sent to other clients.  (First: Margin Madness, second: Border Patrol)  I've said it before, and I'll say it again: The choice is not between a broken Lotus Notes email system and a working Outlook email system, it is between a somewhat deficient Lotus Notes email system that can be improved dramatically with iFidelty and a somewhat deficient Outlook email system that cannot.
Note that the garbled messages below do not simply look bad, but also confuse which phone number is a fax number and which is a phone number, since the icons are what disambiguate them.
An email (to a prospective client) created in Outlook 2003 looks like this 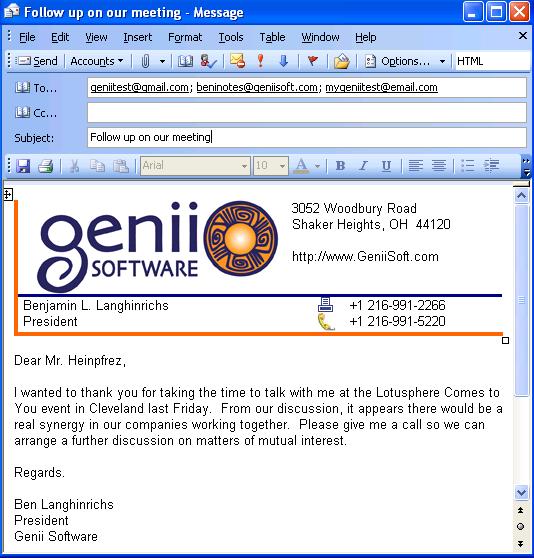 When it it received by a client using Lotus iNotes 8.0.1 through Firefox 3, the images have been moved to the bottom, and the text is overlapping 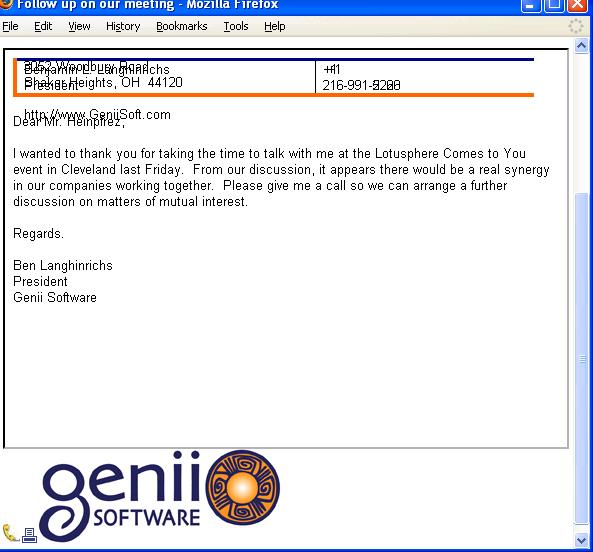 When it it received by Gmail, the images have been moved to the bottom and the line spacing is greatly increased 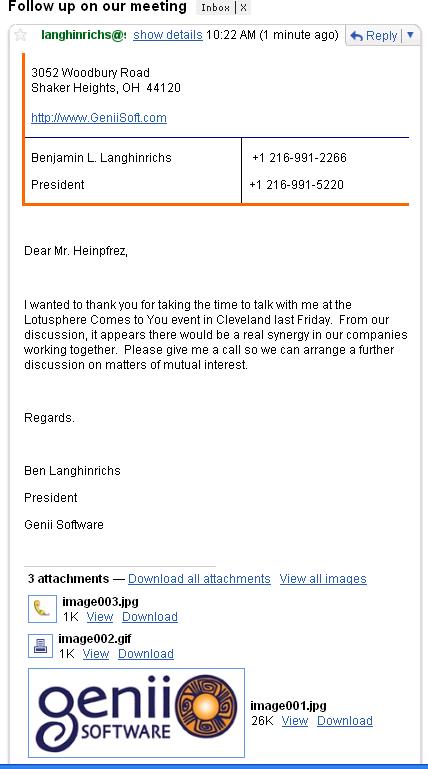 When it it received by Mail.com (a standard web mail system), the images have been moved to the bottom and the lines are shifted 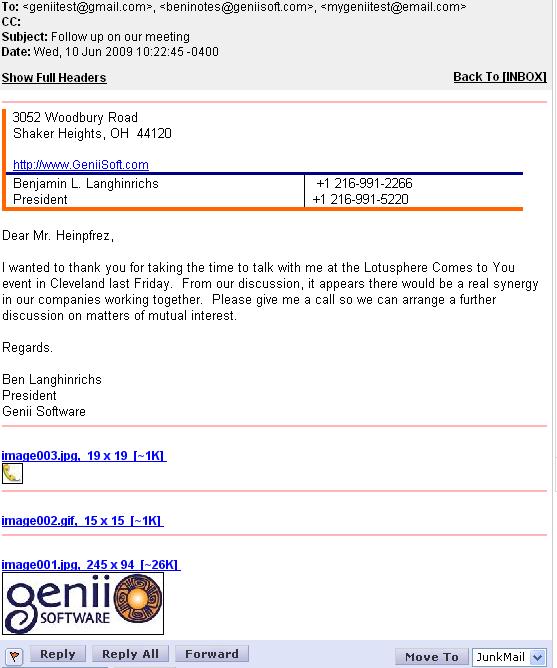